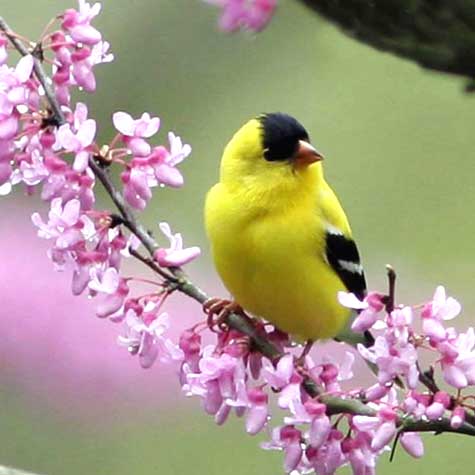 While Jim Corbett National Park is justly famous for its healthy population of large mammals including the Indian Tiger and the Asiatic Elephant, it is as famous for its birds with over 500 species recorded from the area. Lesser Fish Eagle, Cinereous Vulture, Pallas’s Fish Eagle, Tawny Fish and Spot-bellied Eagle Owl, Great Slaty Woodpecker, Ibisbill, Wallcreeper, Hodgson’s Bushchat, Bright-headed Cisticola, Rosy Minivet, White-tailed Rubythroat are just some of the species that are regularly seen in and around the park.

For your convenience, the birds of the Corbett National Park can be divided into the following 6 categories.

Water-birds and Waterside-birds: The water-birds and the waterside-birds in the Corbett National Park comprises of both resident and migrant species. The commonly noticed resident species include Cormorants, the Darter, the Grey Heron, Egrets, the Cattle Egret, the White-necked and Black-necked Storks, the Spotbill, the Large Pied Wagtail and White-capped Redstart.

The migrant species of water-birds in the park include the Great Crested Grebe, Graylag Geese, White Storks, Black Storks, Sandpipers, Snipe, the Great Black-headed Gull, about 15 kinds of ducks, and a variety of Wagtails. Another occasionally noticed water-bird in the park is White or Rosy Pelicans.

Birds of Prey: The resident birds of prey include Crested Serpent Eagle, the Black-winged Kite, the Indian Shikra, the Himalayan Grey-headed Fishing Eagle, Himalayan Vultures and Lesser and Greater Spotted Eagles. Other resident birds (not very commonly found) are Hawk-Eagles, the Crested Honey Buzzard and the Black Eagle.

The migratory birds of prey include the Osprey, the Peregrine Falcon, the Booted Hawk- Eagle and the Steppe Eagle.

Night Birds: In this category come the owls, the nightjars and the thick-knees. There are over 18 kinds of owls identified in the Corbett National Park including the Spotted Owlet, Fish Owls, and the Scops Owls. The nightjars in the park include the Jungle Nightjar, the Franklin’s Nightjar, the Stone Curlew and the Great Stone Plover.

Woodland Birds: In this category come the Green Pigeons, Parakeets, Cuckoos, Hornbills, Barbets, Woodpeckers, Orioles, Drongos, Pies, Babblers and Thrushes. Among the ground-birds (woodland) are the Peafowl, the Red Junglefowl, and the White-crested Kalij Pheasant.

Air-Birds: In this category belong the Swifts including the famous Indian Alpine Swift, Crested Swifts, the Dusky Crag Martin, Striated (or Red-rumpled) Swallows, the Indian Cliff Shallow, and the Wire-tailed Swallow.

A visit to the Corbett National Park would surely be a rewarding experience for ornithologists as well as bird lovers.

To know more about Birds at Jim Corbett National Park or to reserve a bird watching tour to corbett national park , write email on corbettonlinebooking.net@gmail.com.